(Photo is from the blog linked at the bottom.)

I went to a Cookie Exchange on Friday and brought my Mint Chocolate Crackle cookies, which were a big hit, and I discovered my friend Andreas amazing Citrus Cream Cheese Cookies that I can share with you now! They are a soft, dense, and buttery cookie with a nice citrus zing!

Cream Cheese Cookies1 cup butter1 sm pkg of Cream Cheese (3oz)1 cup sugar1 egg yolk2.5 cups flour1 tsp. vanillaCream butter and cream cheese . Slowly add sugar beat until fluffyBeat in egg yolk, add flour and vanilla. Mix Well. Chill doughFor at least 1 hour. Shape into 1 inch balls. Place on greased cookie sheet.Bake at 325 degrees for 12-15 mins.Frosting2 cups powdered sugar4 tablespoons lemon juice4 tablespoons of butter1 grated lemon rindCream butter and add sugar slowly add lemon juice and rind.Spread on warm cookiesSometime my Aunt would put a cherry on top of the cookies.
For the ones I made, I used 4 oz cream cheese. However, I really thought they were too soft. If you go the 4 oz route, I would add more flour. Also, for the frosting, I substituted orange juice/zest for lemon. Normally, when I substitute the orange I drizzle chocolate on top or dip half in chocolate - but I ran out of time!

This recipe is slightly different, and I'd like to try it sometime, too. 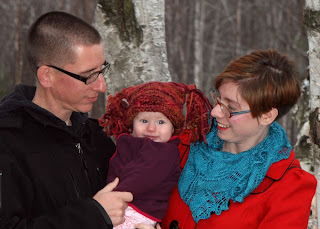 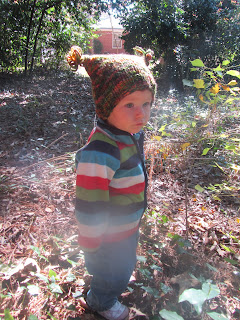 All our stuff is being packed up and shipped to Georgia on July 13th! It's coming up waaay too quickly. I had planned to do a yard sale, but really we don't have any big things to sell, mostly baby stuff, and hopefully I can find homes for that stuff before we leave.

Anyway, that means they'll be packing up my shop stock as well! So only two more weeks to get what you want at 15% off using code IHEARTLSG. Free shipping to APO/FPO/PSC addresses!

After a long hiatus I finally got the dye out and dyed some lovely new stuff for the shop! I did a whole bunch of kettle dyed sock yarn and I love it so much I'm tempted to keep it! The new BFL roving is gorgeous as well; not sure what to call this one on the left but I'm loving it! I should have stuff photographed and in the shop sometime next week. Use coupon code IHEARTLSG to get 15% off!

I also started a Daybreak with some Knitpicks Chroma and Palette yarn. How on-trend are those colors? I'm loving it!

I also finished these Grove mittens a while ago and never posted a pic. I love the color! That's Karabella Aurora 8 in Goldenrod

More on Making Friends as Adults

She's in a similar situation to most of us Military Wives:

I moved to Chicago with my now-husband ... We’ve been here for nearly three years and in that time have made a few friends. Primarily couples, with whom we catch up over dinner  every few months. But on a Sunday morning when I want to grab an omelette over girl talk, I’m at a loss. ...  I’m looking for someone to invite over to watch The Biggest Loser or to text “pedicure in half an hour?” on a Saturday morning. To me, that’s what BFFs are. Not just people who know your innermost secrets, but the ones up for grabbing a bite on a whim because they love being with you just that much, and getting together feels easy and natural rather than a chore you need to pencil in.
So I’m on the hunt for Miss Right. A person who can fill the one void in the otherwise great life I’ve set up in the Windy City. I always thought friendships blossom naturally, like at summer camp and in school. In the grown-up world, apparently this isn’t the case. So I’m taking matters in my own hands.
This blog chronicles my quest.

I think part of the reason it's so hard to make friends as adults is that asking someone to hang out with you feels too much like asking them out on a date, especially if you only know them as That Cool Barista or the Nice Lady at the Yarn Shop and don't want to be creepy and invite them to something while they're working. I know that people make friends at the gym or the park or whatnot, but "Hey, I drink blue Gatorade too!" isn't really the amazing conversation starter you want it to be.

Mommy groups have been a new great way to meet people, and I wish my husband had the same kind of opportunities! I've met a lot of nice people through La Leche League and New Parent Support here, and some of those people have become friends as we've bonded over similar parenting styles and the trials and tribulations of new parenthood. BFFs? Probably not, but good enough company to go shopping with etc.

I don't think I've ever had a best girlfriend quite like what the bloggess I quoted describes, and I'm a fair bit jealous of those who have that kind of relationship, so I'll be taking any advice she can give on finding my BFF, even in Georgia :P
at 11:40 PM No comments:

I wrote that whole last blog post and forgot to post my big news! We got our next duty assignment, and will (MOST LIKELY) be heading to Robins AFB in August! It wasn't the top of our list, but it was still on the list, so we're pretty happy about it :) We'll be half a day's drive from my mom, and the area is supposed to have beautiful state parks and lakes and great fishing, so J is very happy about that. I'm happy that Macon has a yarn shop with Knit Nights, and that we'll be less than 2 hours from Atlanta, which has great food and great shopping! (IKEA!! H&M!!)

Turkey Burgers and a Pink Tutu

I love summer food; the bright flavors, the fresh herbs, cooking and eating outside! This week I've been celebrating the sun that came with the first of May with the first Gazpacho of the year, fresh green beans with mint, Thai peanut turkey patties, and Mediterranean Quinoa salad.

RedThread
Warner Robins, Georgia, United States
Ancient Chinese folklore posits that people who are meant to meet in life are born connected by an invisible Red Thread, that may tangle, but never break. I hope to untangle some threads and find new connections by sharing a hobby that I love. Find me on Ravelry as RedThread. Currently living in Germany for 3 years!

This is a Flickr badge showing items in a set called Finished Objects. Make your own badge here.

Blog Archive: Pictures not available in posts before 2008 at this time